Again this year the Rock Altitude Festival propose an exciting program with Meshuggah and Atari Teenage Riot as headliner for the big Metal night.
You will also be able to see on stage 3 bands from our roster presenting live their new record all release this year.
For starter, the uncles of Doom; DIRGE. After a few shows thoughout Eastern Europe to promote their epic "Elysian Magnetic Fields" they will be sinking you down with their new slow and heavy tracks and new live videos giving the whole performance a new dimension.
On the opposite extrem, for fans of fast and chaotic hardcore, you'll have the chance to receive strait in your face; LOST SPHERE PROJECT.
After more than 10 years of blast throughout the world and after the highly acclaimed "Verse XXIV" release in 2009, the band is back with a brand new EP of 11 titles more chaotic and disturbed than ever before.
If you want to know what is true chaotic blast hardcore, don't miss them!!
2011 is also the year that witness the return of the almighty swiss posthardcore veteran UNFOLD.
After a 7 years mourning, its time to celebrate their return on stage and on a brand new album planned to be released in september.
For all you headbangers who are "missing their Dallas" that will be your chance to see your old favorite band back to slam you down with their heavy riffs.
Rythm, Slayer, Olé!!
more infos and full program on the Rock Altitude Festival website. 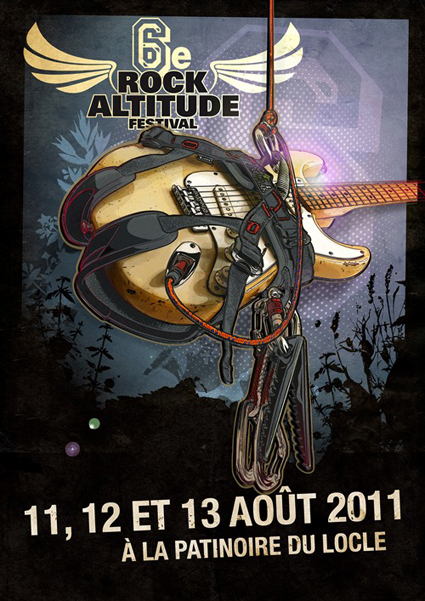