YOG - HALF THE SKY

To finish correcly this year and to totaly destroy what is left of your eardrums after walls of riffs from the Uncles of heavyness DIRGE, thermo nuclear blasts from LOST SPHERE PROJECT and the tortured sludgy new release from swiss super heros from UNFOLD, we present you HALF THE SKY from the other grind terrorists from our roster YOG.

Formed back in early 2000, YOG are THE grind-hardcore combo from Neuch√¢tel (Switzerland). Mostly influenced by bands like Sick of it All, Disrupt and Napalm Death in the early days, their sound has then turned into a more deranged mixture, after a brainwash by the Dillinger Escape Plan, Botch, Pig Destroyer, Converge and other extreme combos of the modern hardcore scene.

Extreme virulence, sick blast beats, mentally ill math-grind, YOG is for the Swiss scene what the panzer was for battlefields: a pure war machine.
After the release of their savage 1st album entitled YEARS OF NOWHERE, the Swiss bastards have destroyed a lot of stages across Europe with bands like Today is the Day, Genghis Tron, Gojira, Knut, Burnt By the Sun‚...!

Keeping the will to dive beyond the fury and velocity limits, the band has just given birth to a new monster, HALF THE SKY.
Recorded by Jérôme Pellegrini at studio du Terrier and mastered by Alan Douches at West West Side studio YOG's new album is proudly going to make a lot of ears bleed to death.
This time the band have pushed the boundaries ways further. Of course, technicality, velocity and extreme aggression are still parts of the game, but on HALF THE SKY the band develops a new hysterico-melodic approach completely unseen so far. Back to a more rough sound, the one which forged the band's identity on their first two eps, HALF THE SKY is nothing less than a war machine fueled by psychotic math-grind and virulent hardcore punk.

This is where we say Goodbye!
With this release; You Will Die!! 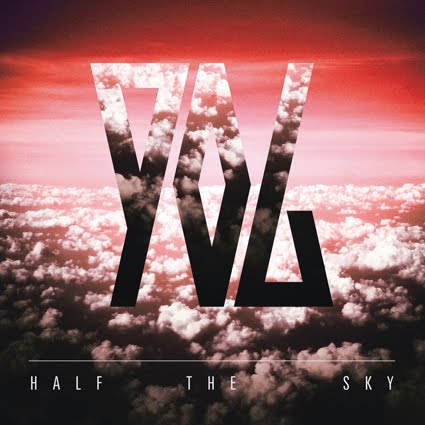