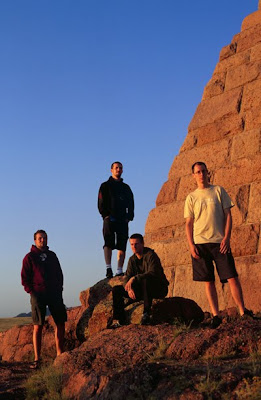 ABOUT
Born in 1994 in Switzerland, Knut has become one of the most important bands in the field of chaotic, uncompromising and forward-thinking math-hardcore. Having released three albums through Hydra Head Records / Conspiracy / Chrome Saint Magnus, they are going to launch their new masterpiece, “Wonder”, this summer 2010.
(above picture taken from 2002 US tour)